Note: Our ABA services are provided only at clients home and via TeleHealth at this time and not at this address.

We are proud to serve the Saratoga, California area with result driven In-home ABA Treatment services since 2008.

We have a team of highly skilled BCBA and Speech Therapist in Saratoga, CA who provide quality individualized Applied Behavior Analysis services to families with children of all ages who are diagnosed with autism spectrum disorders and other developmental delays.

Applied Behavior Analysis (ABA) Therapy for children with autism involves many hours of dedicated, one-on-one treatment with each child. Our therapists and overseeing supervisors implement ABA therapy programs to address the behavioral deficits, including impaired social-communication and restricted, repetitive behaviors that are the hallmarks of autism spectrum disorder (ASD), improving each child’s ability to communicate, interact, and thrive in the world.

To assist families, we offer a variety of ABA therapy programs which provides the family with quality services.

Our Leadership in Saratoga, California 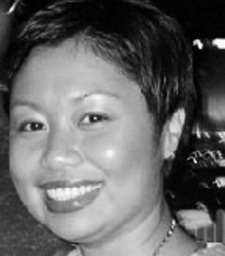 Adrienne Granadosin-Deanes has been working with individuals with developmental and learning disabilities, their families, and other professionals since 1999. Her experience includes working with individuals ranging from 2-75 years of age in a wide variety of settings including schools, residential care facilities, psychiatric units, community outpatient programs, in homes, and a Non-Public school. Adrienne specializes in applying the principles of Applied Behavior Analysis to address severe problem behaviors and to help students with learning disabilities overcome academic challenges. Adrienne received her B.A. and M.A. in Psychology with an emphasis in Applied Behavior Analysis from the University of the Pacific. She has been a Board Certified Behavior Analyst since 2009.

Note: Our ABA services are provided only at clients home and via TeleHealth at this time and not at this address.

We are here to support.

What is ABA Therapy?

ABA is a systematic approach to treating the symptoms of autism while increasing communication and decreasing maladaptive behaviors. It focuses on the fact that not being able to communicate is frustrating and kids will act out as a result. Hundreds of studies have demonstrated that ABA therapy can improve communication, social relationships, play skills, and […]

Get in Touch With Us